I haven’t done a blog post in a while. This is because I was completely knackered by the time we reached the end of term; what with one thing and another.

This is our fancy dress for the staff Christmas party. Only a handful of people got it!

Then Kevin & I set straight off for Australia which was lovely, except that we caught a VICIOUS Australian virus which laid us both up for the better part of a week!!! It was great to see all the family out there though and to drive on roads where drivers actually stick to the rules!!!!Little Ollie shown here is just adorable (even if he was shy of the strange Pommie people with the weird accent!) 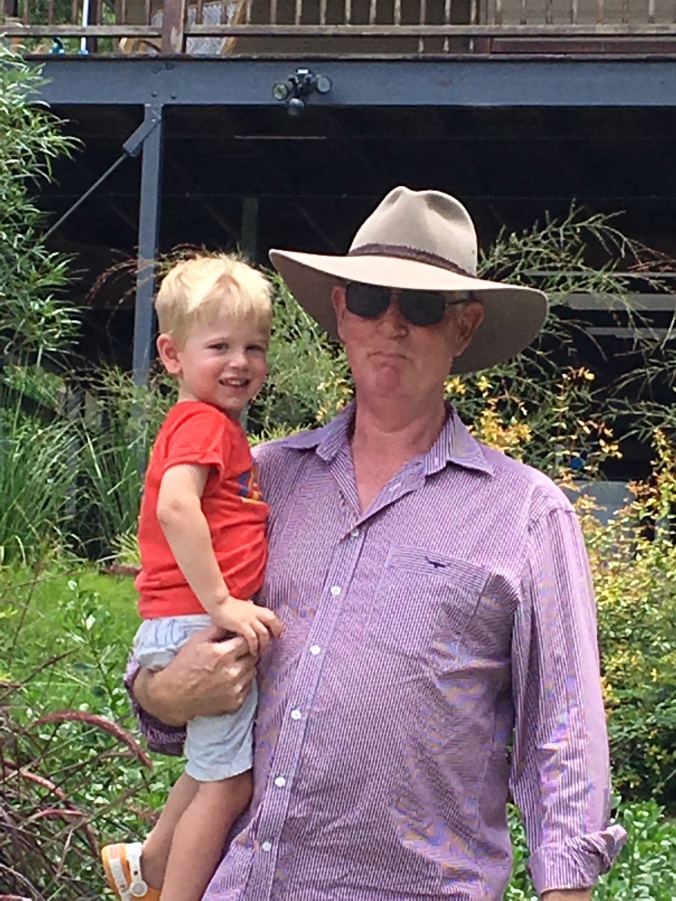 Perhaps the best perk of this trip though was being able to bring CHEESE back with us. Not that we are addicted but we have really really missed cheese. It is scarce here and hideously expensive. Half our suitcase weight I think was cheese…

Then I was fortunate enough to be given the funding to attend the 21 Century Learning Conference in Hong Kong with my assistant librarian Marivic. What a treat that was – it certainly beats going to Manchester!

The first day was totally Library and was held in the Hong Kong International School on the eastern side of the island. The views up there were breath-taking but we had to go up some narrow and winding roads to the school! The older I get the less I like heights/sheer drops. 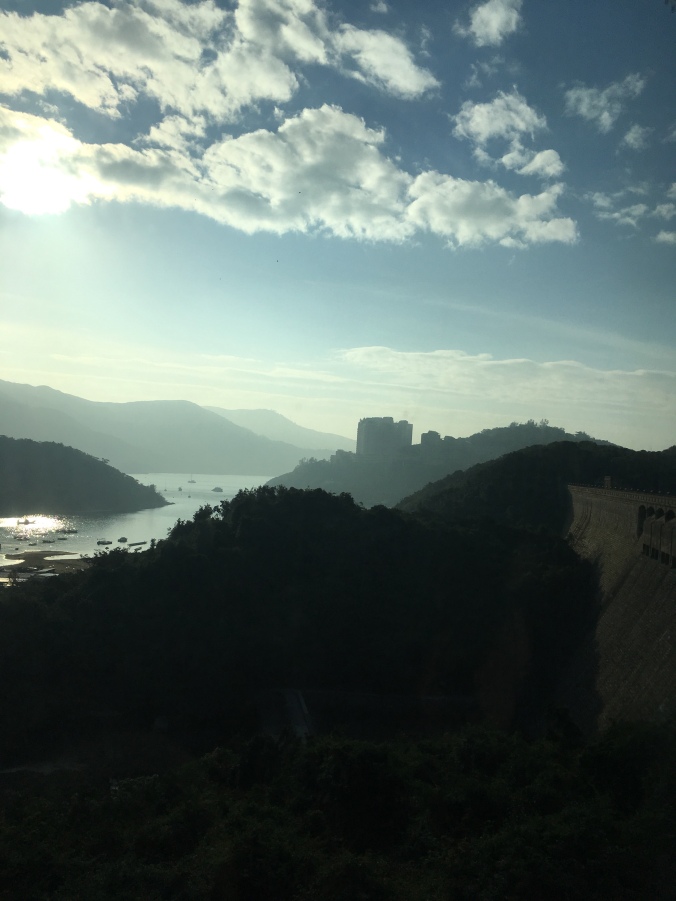 It was an intense day with an overwhelming number of new ideas and resources thrown at us. I loved the Rocks and Sucks exercise after lunch where we basically had to defend or negate a statement by moving to the side of the room.

The water here was delicious and I had to take a photo. Best water I have ever been given at a conference with cucumber, lime and mint.

After that it was 2 full on days at work in the HK conference Centre with an evening Junk trip around the stunning Harbour as well for good measure.

The focus of the conference was using digital technology in Classrooms and I used Padlet, pearl trees and and WolframAlpha for the first time. I learned about Newslea and Whacky Reading Challenges. My favourite piece of new technology though was LunaPic and I have subsequently had great fun doing photo editing from my album

Apparently this can be used with good effect with children to create their own graphic novels.

The last picture here was from the husky puppy cafe (sheer canine joy) which Inigo and I visited.

Inigo brought Mother over and so we took them out and about. Most places already recorded here but there were a couple of new spots 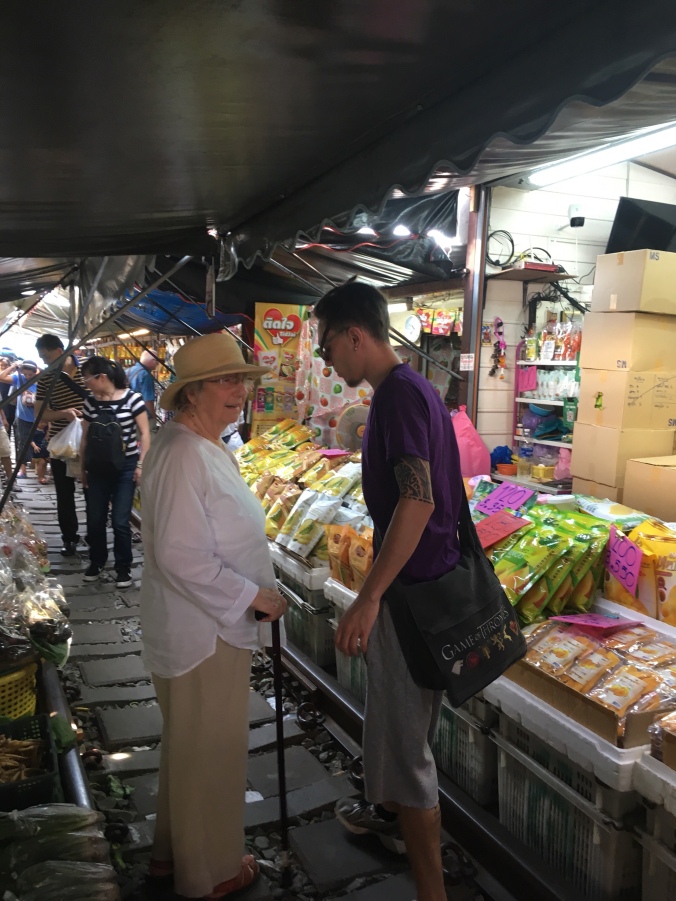 This is the train market so called because the awnings of the stalls overhang a track. Twice a day the train comes through and everyone has to stand back! 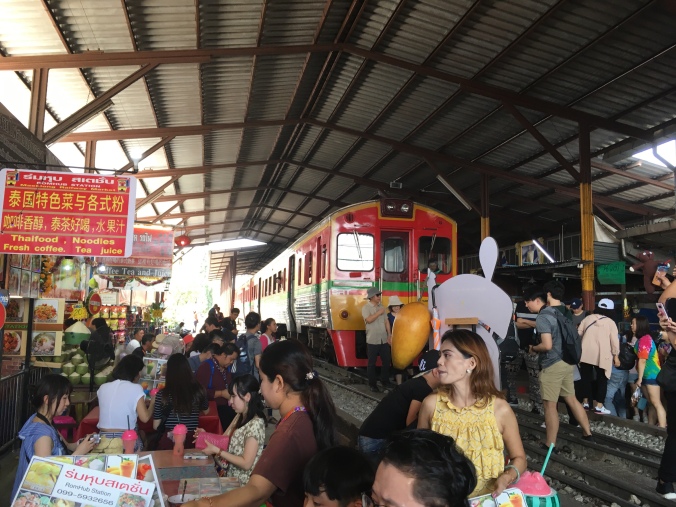 But my favourite place was the old city of Ayutthaya where I say this Buddha head in real life. I had originally thought that it was a carving on the trunk but it had apparently fallen when the city was sacked by the Burmese 160 years ago and the tree roots have grown around it. The power of nature is impressive.

it’s hot here again. We must be acclimatising though because HK was 15 degrees but cloudy and grey which was like an autumn day in the U.K. this meant socks and sleeves which I haven’t had to wear now for 5 months!

One thought on “Hong Kong and other travels”