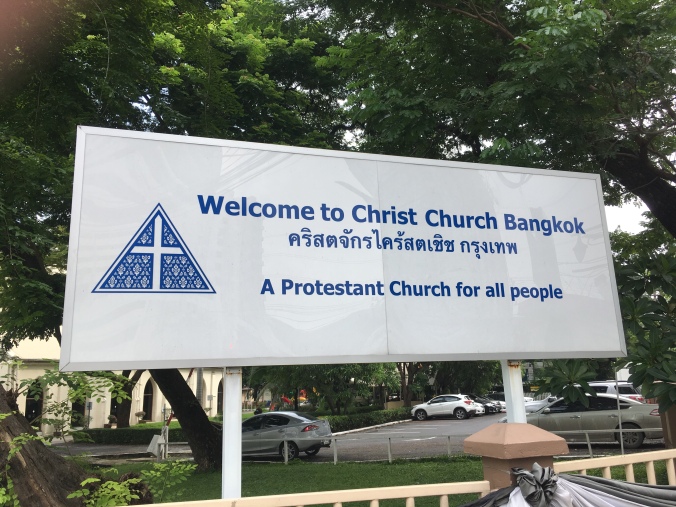 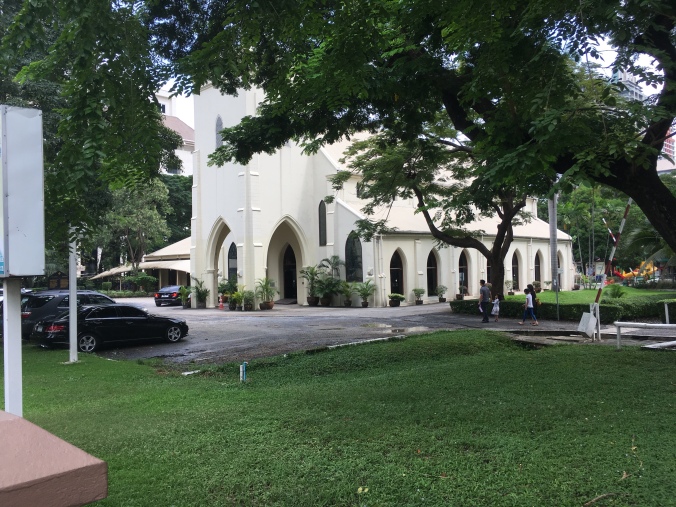 We found an Anglican Church here, not too far away, about 1/2 hour by boat then Sky Train. It is an English- speaking congregation (fortunately) with a very pleasant English vicar. The congregation, on the other hand is very international. It’s a big congregation of anywhere between 200-300 people so it’s very vibrant and lively.

Being abroad and having to serve such a rich complexity of people means that the approach is probably more evangelical than I am used to back in Blighty. We have lots of ‘worship songs’ for instance many of which are unfamiliar but which are quickly learned and after the service little groups huddle together with their hands on each other’s heads for Prayer Ministry. 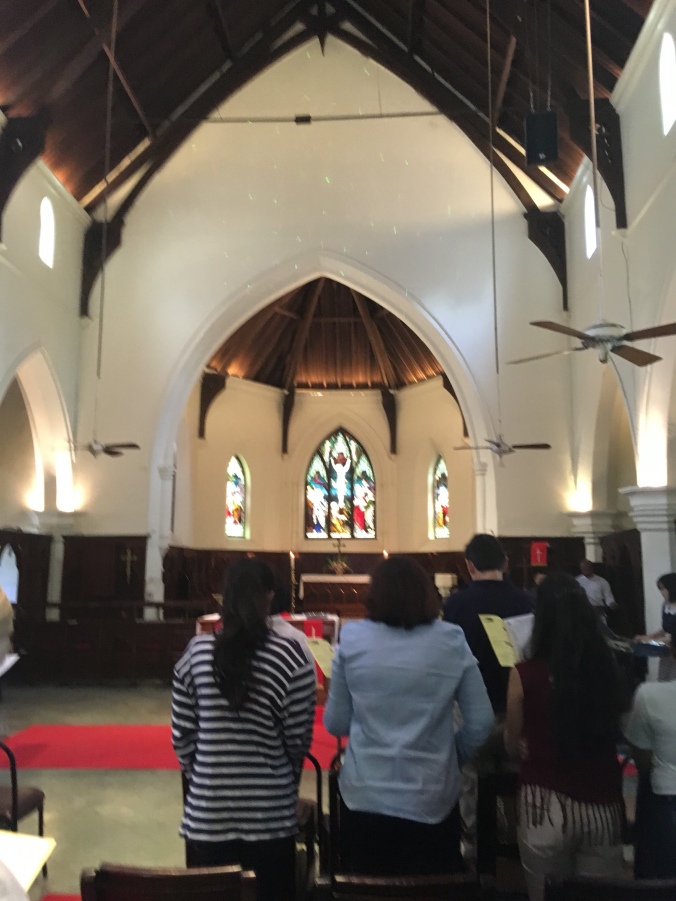 Given that there are so many people processing communion can take a while and services often last 1.5 hours. One even stretched to 1.45hrs, which in my opinion was TOO long for the hordes of children seated around us. It felt more like sitting in a noisy playgroup by the end!!! 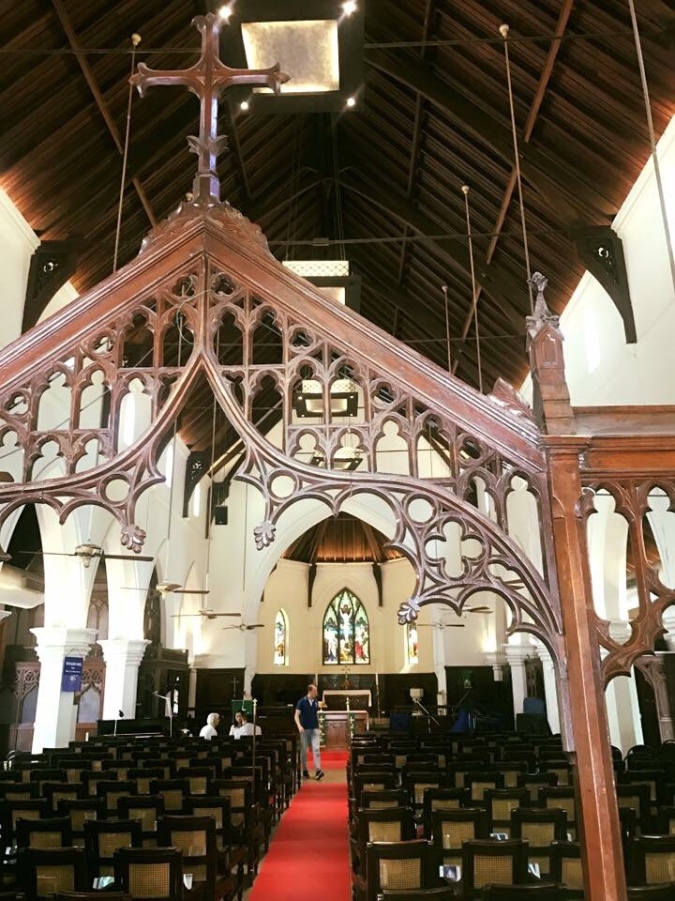 What is nice though is that they serve lunch in the Hall after the service for a donation. It’s usually packed!!! So lots of opportunities to for fellowship and to chat to people who are not part of the ‘school’ crowd. Many are tourists and just passing through but we are starting to recognise some familiar friendly faces.

In the autumn when we were in the rainy season the church was badly flooded and we had to use the hall. 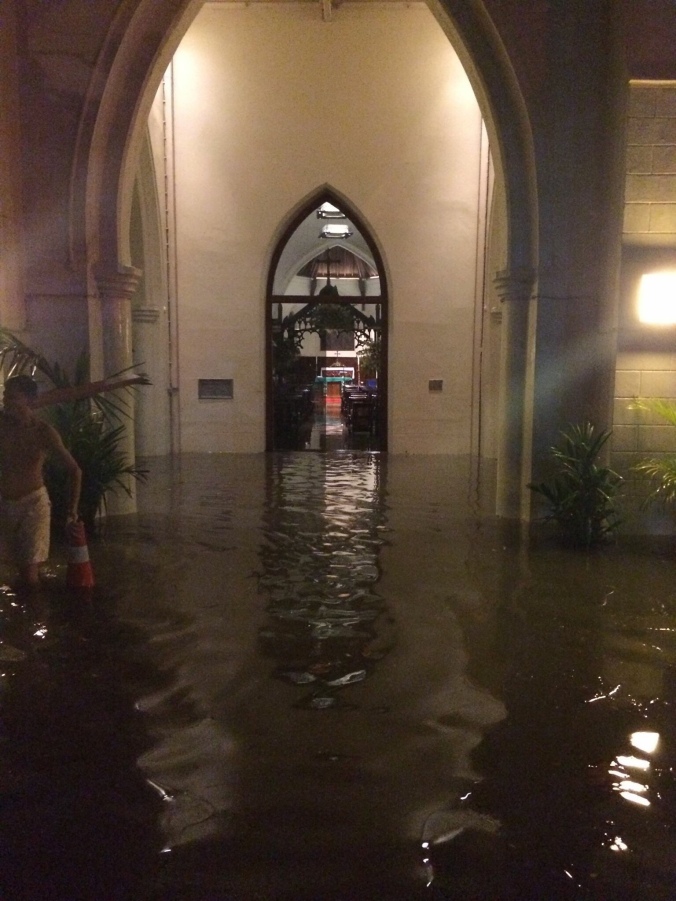 We are not going to be here for Christmas but it does seem strange seeing a nativity outside in the church grounds but in the shade of the tree! 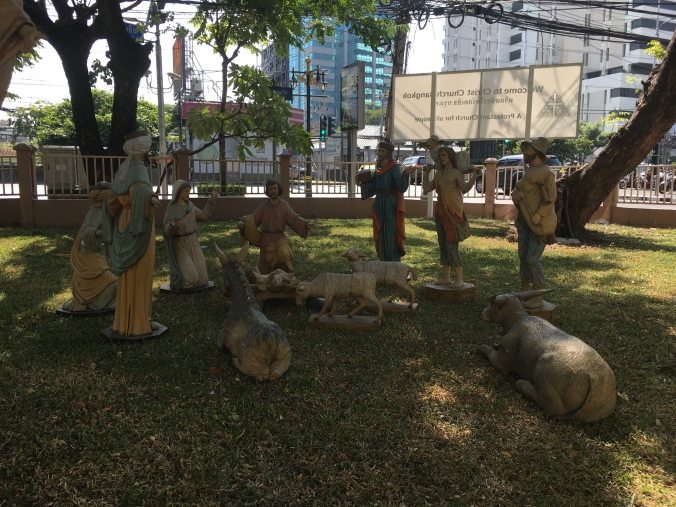 On another religious matter we often go past the Erawan Shrine, a very busy Hindu shrine in the City Centre which was the site of a bomb in 2015 where 12 lost their lives and 120 were injured 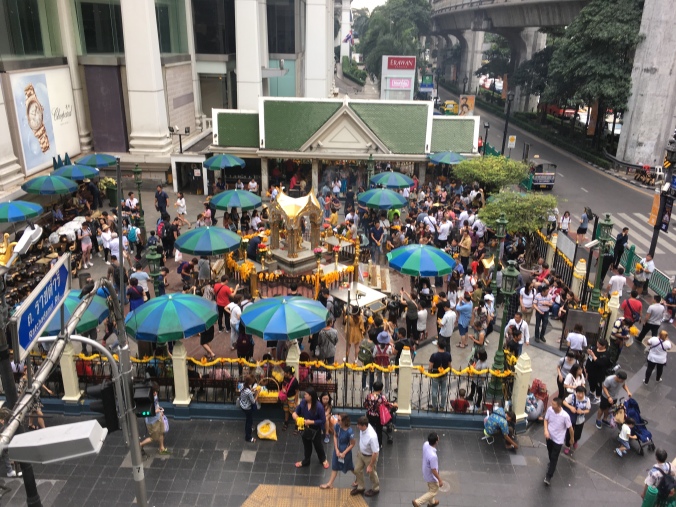 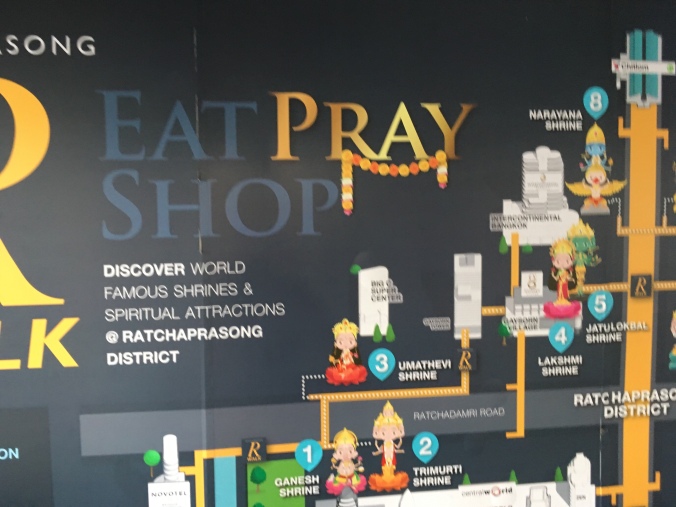