We have reached the western end of the Great Wall and spent the morning exploring the last fort. The whole wall was finished at different times and this section was completed in the 1600s. The wall is over 10,000 miles long and I had imagined it as being a continuous line but that is not so.

The original sections were actually early city walls over 2000 years ago which the first Emperor joined together. Various dynasties continued construction but as you can see from the map below it was a haphazard affair with bits of wall all over the place.

Different sections of the wall use different materials and building techniques. Around Beijing the wall is made of stone and this is the image of the wall that most people have in their minds.

The western section of the wall which we visited today was all made from clay and has a completely different feel to it. 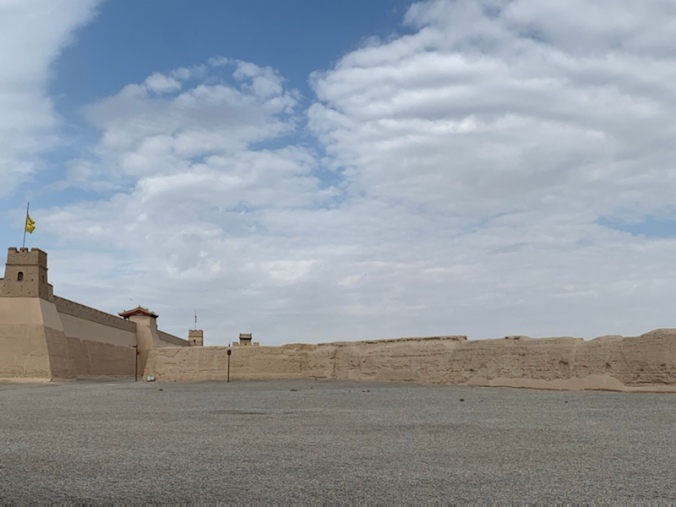 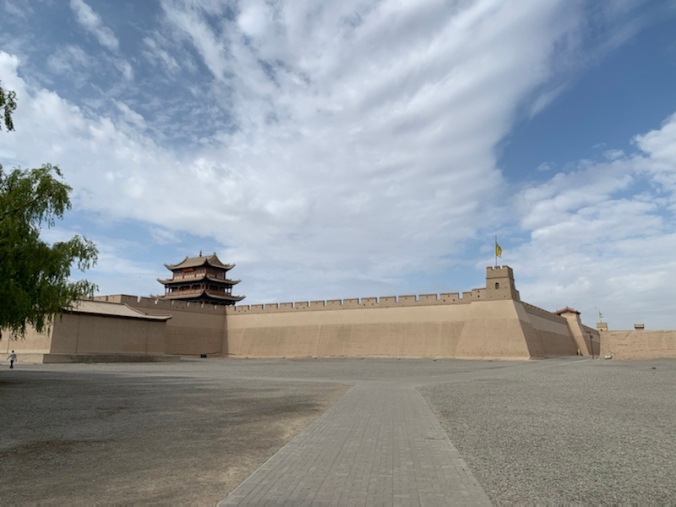 Interestingly, we learned that the clay was made using the water from sticky rice which is glutinous and dries hard when mixed with sand.

Inside the fort was an old chapel area that now housed the statue of a famous general. Note the red face. Red denotes loyalty. White faces mean cleverness or trickery and black means justice.

The fort once housed 20,000 soldiers as well as locals who came in from the surrounding area so it must have been congested. This is the square where they all camped.

This is a stage where performances were held. Just look at the height. Apparently actors were quite lowly in society and they would wear long robes with platform shoes. This was because it was quite unlucky to see their feet during shows!!! Its a good job that doesn’t apply to theatre today.

The tour was fascinating as we learned about military strategies and local customs. For instance this staircase was climbed by soldiers using the steps but the generals rode their horses up the slope. It was quite steep so would have been lethal in the winter.

While we were touring the battlements our guide was approached by a reporter who asked lots of questions about us. It turned out that some party officials were also touring the fort and they had a whole retinue of people with them. Being the ONLY foreigners there we had attracted some attention.

Here you can see them, the officials are in the blue shirts.

At one point their group walked past us and we waited to let them go. On the whole the men themselves ignored us but the accompanying photographers were another matter. Whenever they could they took our pictures and most of them had professional long lenses.

Our guide told the reporter that we were from Shanghai and we weren’t sure whether they were pleased to see tourists again or xenophobicly upset that we might have reimported the virus! We have witnessed locals deliberately putting their masks on when we board shuttle buses. And entry checks to all the attractions have been way more stringent and lengthy for us than for anyone else!

Interestingly she also told the reporter that we were all from England. She felt that it was safer to say that than to admit that some were Americans. I don’t think that my colleagues were too impressed with that!! But these are strange times we are living in

At one point we gathered for our customary group photo which our guide took.

Along came a guy with a camera who stood next to her and started snap snap snapping away. He was like the paparazzi!!! Our guide is only small but she really told him off and said that he should ask first. He stopped but by then he had his shots. We have no idea what is going to happen to them or if we are going to appear in Chinese newspapers, magazines or what!

Someone else approached and wanted our names. He wanted to use us in advertising for the fort but our guide sent him away. What an experience it was. We were conscious of being photographed from a distance too and in a small way we got a taste of what it must be like for the rich and famous. 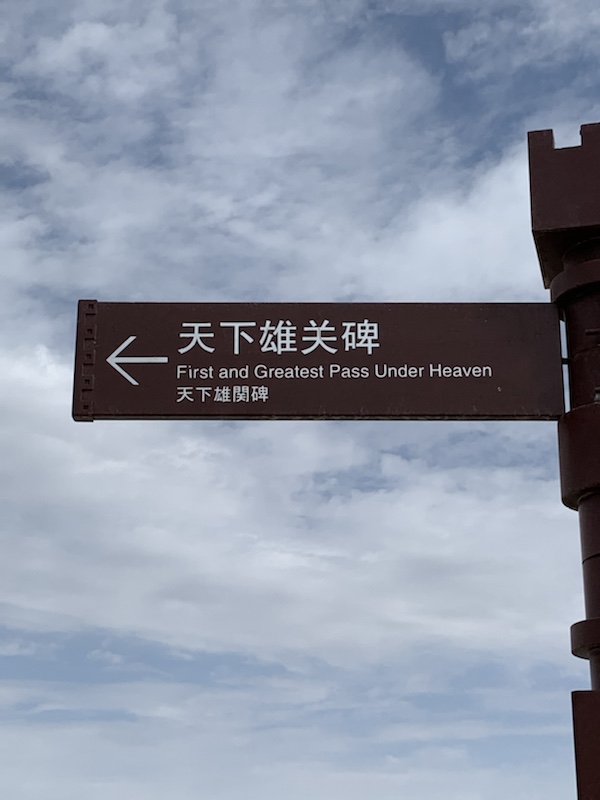 And the unusual arrow tips

But the best sight was the guy at the gate dressed ready for battle.

I would not have liked to get on the wrong side of him!!!

2 thoughts on “The Silk Road: Day 6 The Great Wall in the west and our minor celebrity status”