1. The time difference here is 15 minutes out, which has greatly confused my inner clock.

This is apparently so that they are not in the same time zone as India. It’s a bit like Scotland gaining independence and the insisting on being 15 minutes ahead of the rest of the U.K.

2. The Royal family was massacred on 1st June 2001 (some of you may remember the news). The Crown Prince allegedly assassinated the rest of his family in a row over the woman he wanted to marry! Admittedly it is hard to tell exactly what happened as everyone who was there died and there are lots of conspiracy theories. What is fascinating though is that even though he was clearly a deranged patricidal maniac, the Nepalese still made the Crown Prince king for the two days that he was in a coma before he died!!!

As a traditional part of the mourning there is a royal exorcism. A high caste priest dressed as the old king & wearing a paper crown rides an elephant out of town taking the ghost of the king with him. The same ceremony was performed for his son but unfortunately a pregnant woman dashed in front of the elephant believing that this would ensure she gave birth to a boy but she was crushed to death!

3. If you order a cheeseburger in Nepal it comes as grilled cheese in a bun. What a radical idea. It did what it said on the tin and to be honest I think that Macdonalds have missed a trick here. It was delicious and any vegetarians visiting will miss out on a treat.

4. When you are in Chitwan and you are on an all-inclusive package they give you set meals and the dessert is…

… a bowl of custard. It was very nice custard and we have not had any since leaving the UK but it was missing a certain something, say a slice of jam roly poly or apple pie.

5. They have some VERY high mountains. You will all know about Everest (goes without saying) It even features on their money which is lovely.

but did you also know that Nepal has 8 of the 10 highest mountains in the world. Annapurna is the 10th highest at over 8000m.

And in this picture of the Annapurna range taken from our hotel) this pointed one in the middle (machhapuchchhare) is sacred and no one is allowed to climb it. 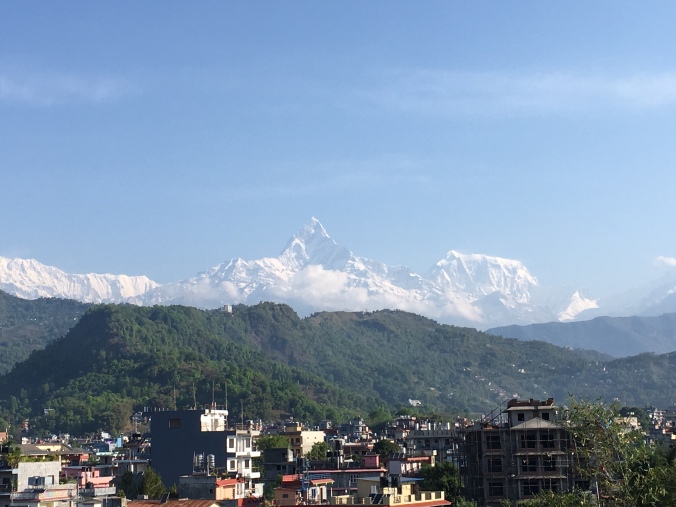 6. There is a considerable amount of construction underway in Nepal and everywhere we went he saw JCB diggers. This was a detail which totally escaped my attention, I have to be honest! 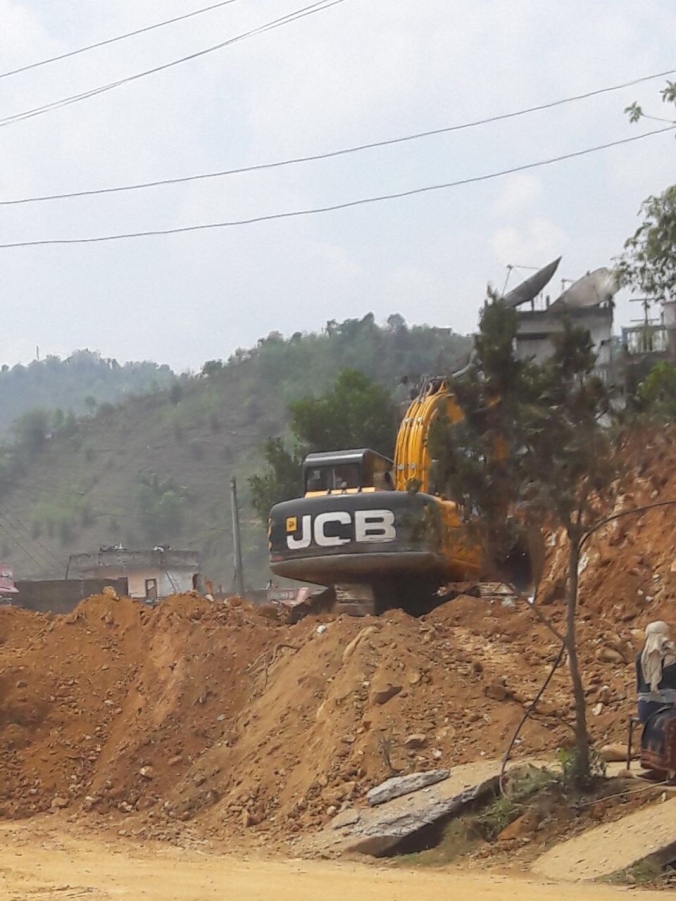 Anyway, he reckons that somebody in Staffordshire is doing a brilliant marketing job over here!