February half term and Oliver is visiting. We planned a trip with him to Sabah in Borneo to visit Lena. Lena used to look after the boys 20 years ago when I went back to work after Inigo was born. Oliver was 7 then so remembers her. FB is fantastic for keeping in touch with people and Lena had long ago said that we should visit Malaysia- this seemed an ideal opportunity.

It was brilliant having a local to show us around. We were taken to food establishment that most tourists wouldn’t find! 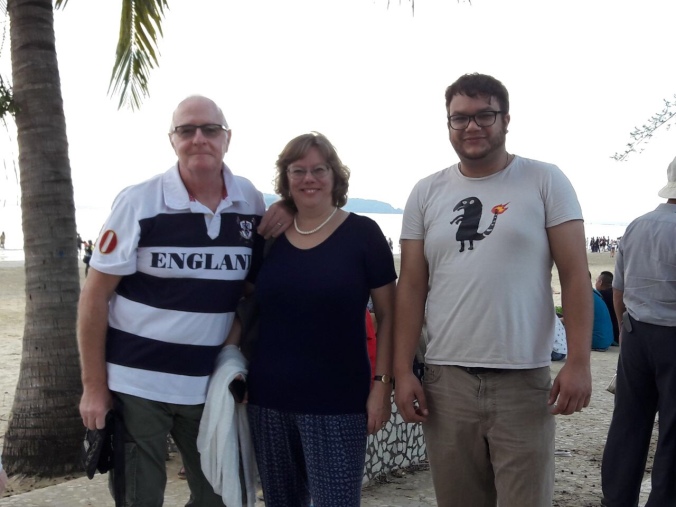 Some facts about Borneo that I didn’t know…

* Borneo is the 3rd largest island in the world.

* Borneo is the only island which has 3 nations on (Malaysia, Brunei and Indonesia)

* some remote villages still practice head hunting!! (allegedly) we were advised not to travel without a guide.

Borneo is certainly a place for an adventure holiday (if any of you are looking for one). It is very green and warm (but not too humid -unlike Bangkok). 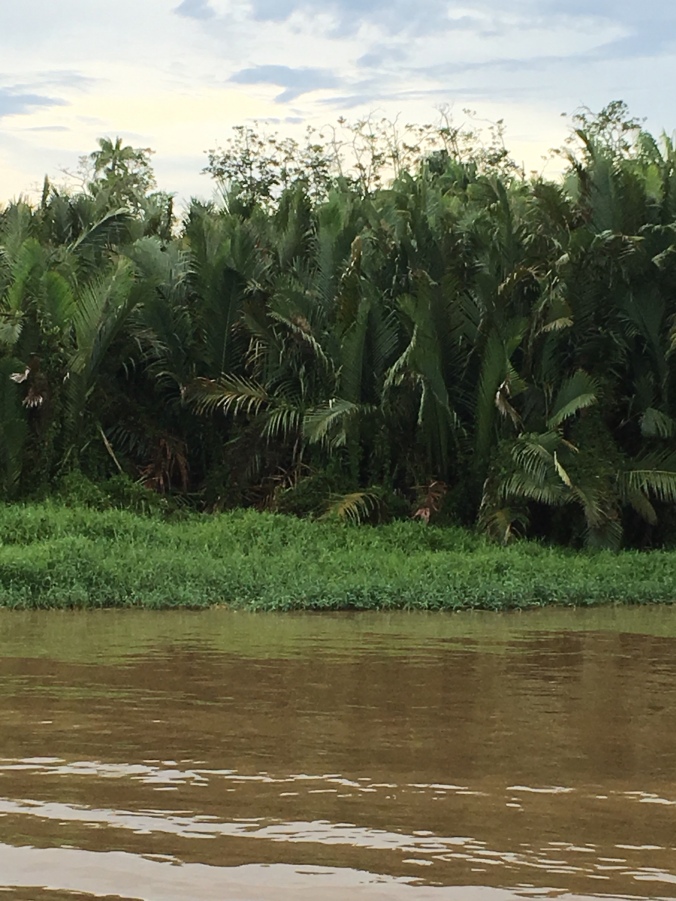 In fact Borneo boasts some of the largest ferns in the world.

We visited the mountain region. Lena told us that Mount Kinabalu is the highest peak in SE Asia at 13,435 ft. We didn’t actually climb it but the village we drove to was pretty high and the views were picturesque. 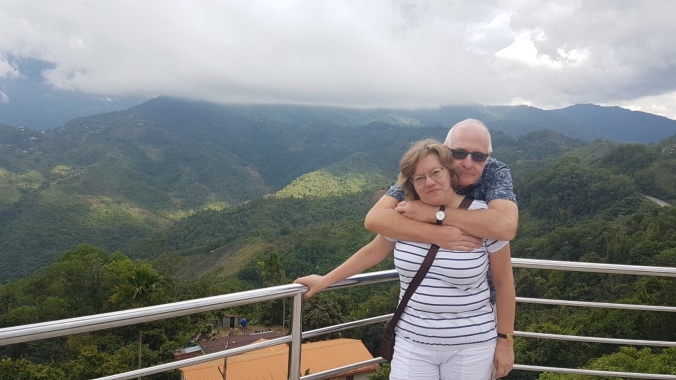 There was also an extremely rickety bridge which the locals used to take produce to market. Planks were missing but they didn’t seem to mind!!!

The highlight of the trip was a visit to an area where we saw Proboscis Monkeys in the wild. We piled into boats along with Chinese tourists (it was Chinese New Year) and floated gently past an island where the monkeys swung in the branches of the trees. If you look carefully at the pictures you can see them. At one point a baby missed its branch & fell but the Mother caught it. Some things don’t change between the species.

After a delicious Chinese buffet we all got back on the boats and sailed back along the same river. As the sun set millions of fireflies began to glow their bioluminescence flickering and twinkling magically. In the soft warm air it felt as though we had entered a fairy kingdom. Apologies that the picture is so dark. We were just mesmerised. 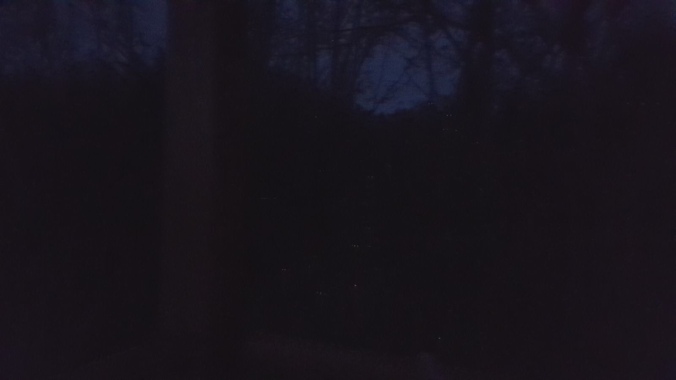 After all the excitement the down time relaxing in a tropical island was very welcome. A little ferry took us to the island at a cost of £21 each which included lunch, tea and access to water sports and batik painting activities. 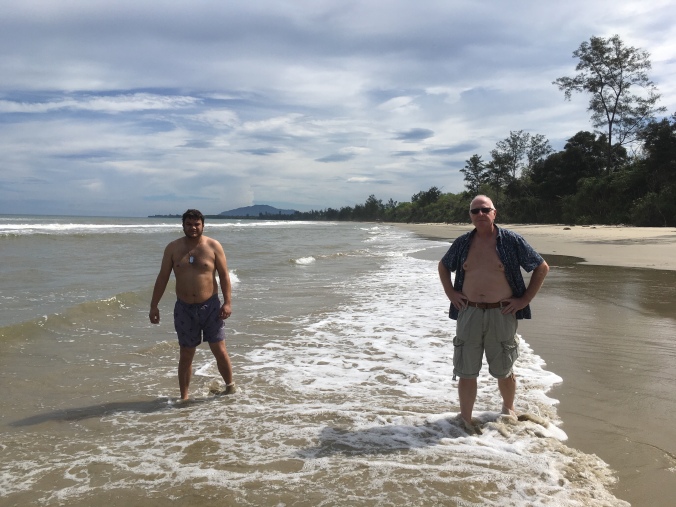 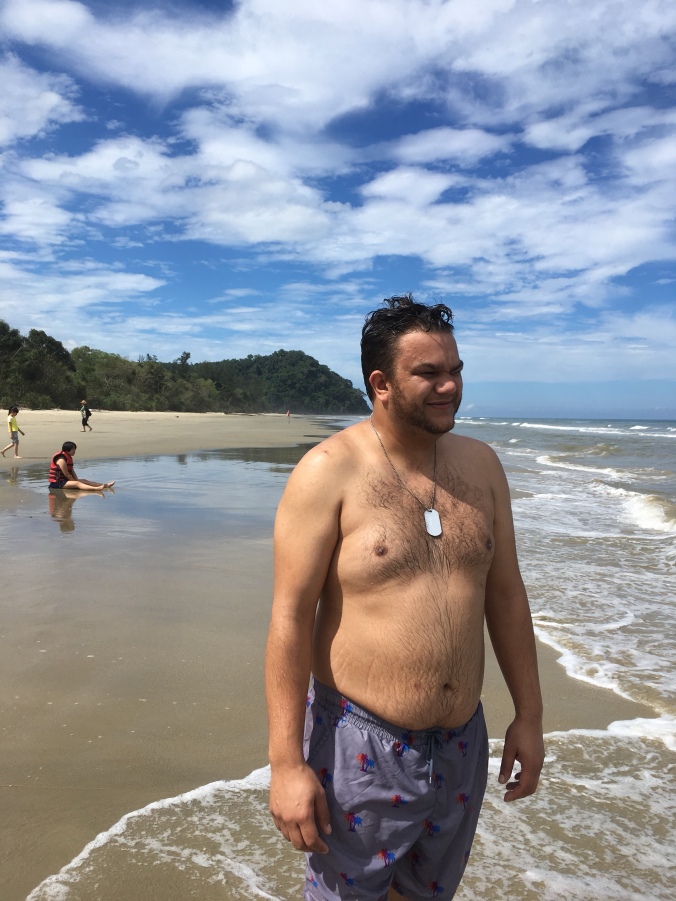 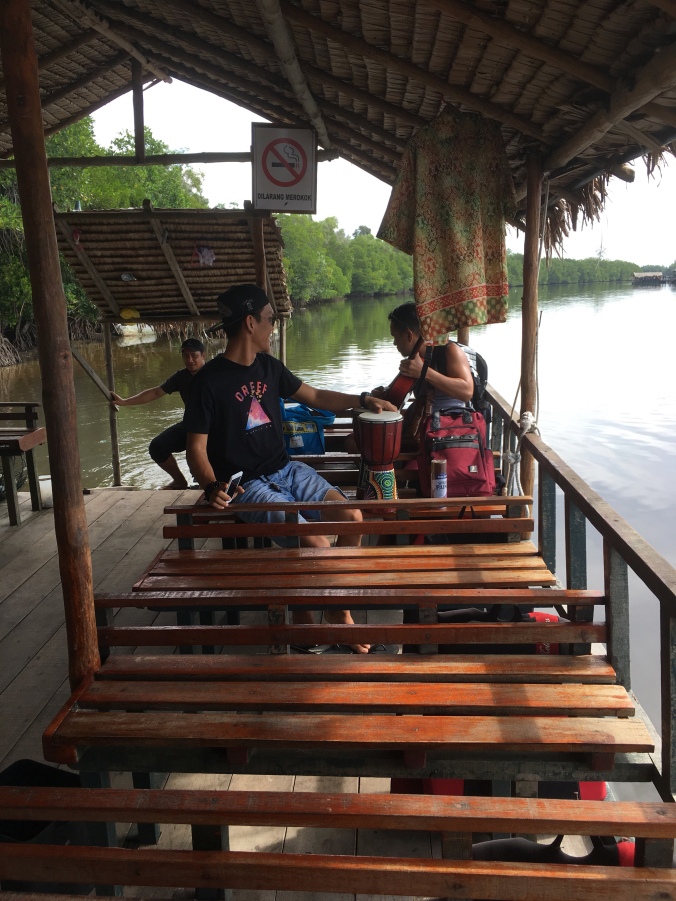 The hammock hut was a big hit with us. Very chillaxing…

Even though Kevin and I stayed under the shade we still caught the sun.!! 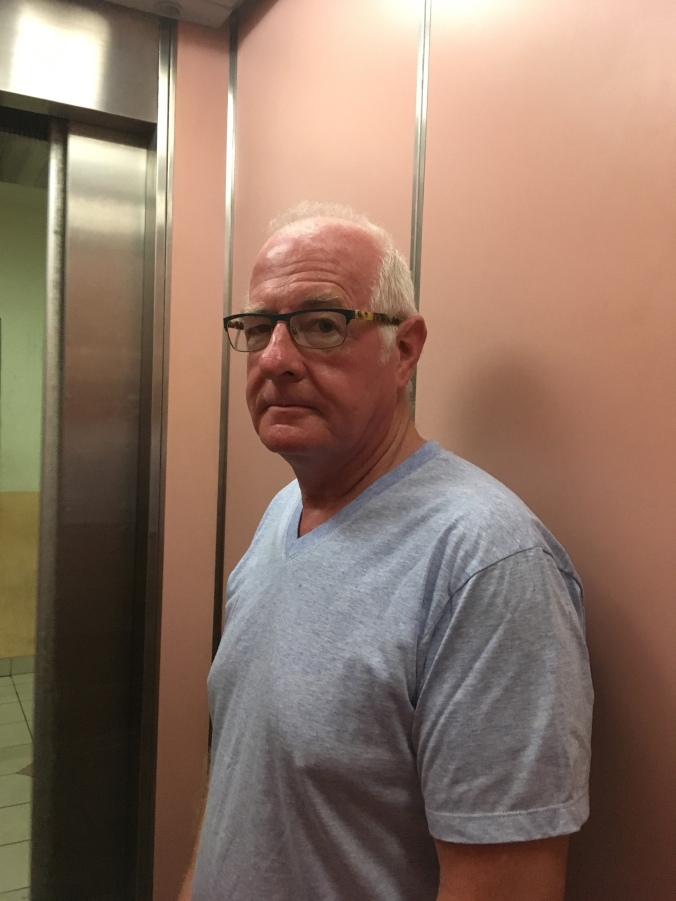 Our abiding memory of Sabah though is going to be the feasts that Lena and her brother treated us to. This is a seafood lover’s paradise. There was lobster with butter, lobster with cheese (!), crab, huge prawns which looked as though they had recently modelled for ‘aliens’ and even Stingray. That’s not to mention the dim sum, satay and adorable banana fritters. 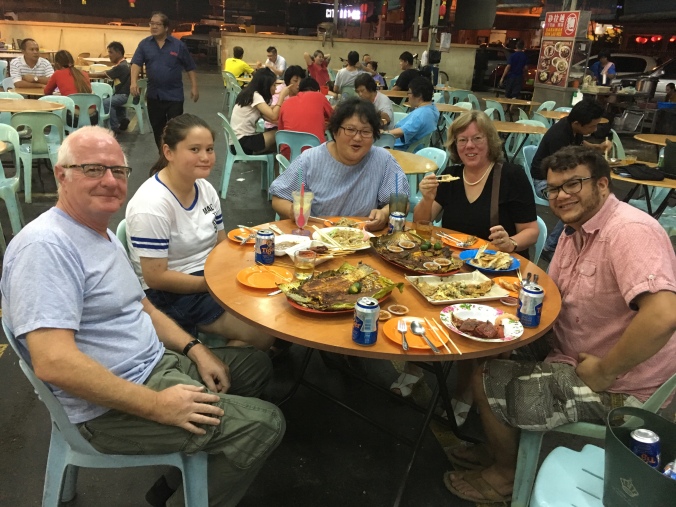 It’s back to the diet now…

It was an amazing adventure and gave us a taste of Malaysia. There is so much to see and experience that we have decided to visit the other part yat some point.

I will just finish with some of the beautiful flora that we saw. It is lovely to see flowers that we don’t get back at home. 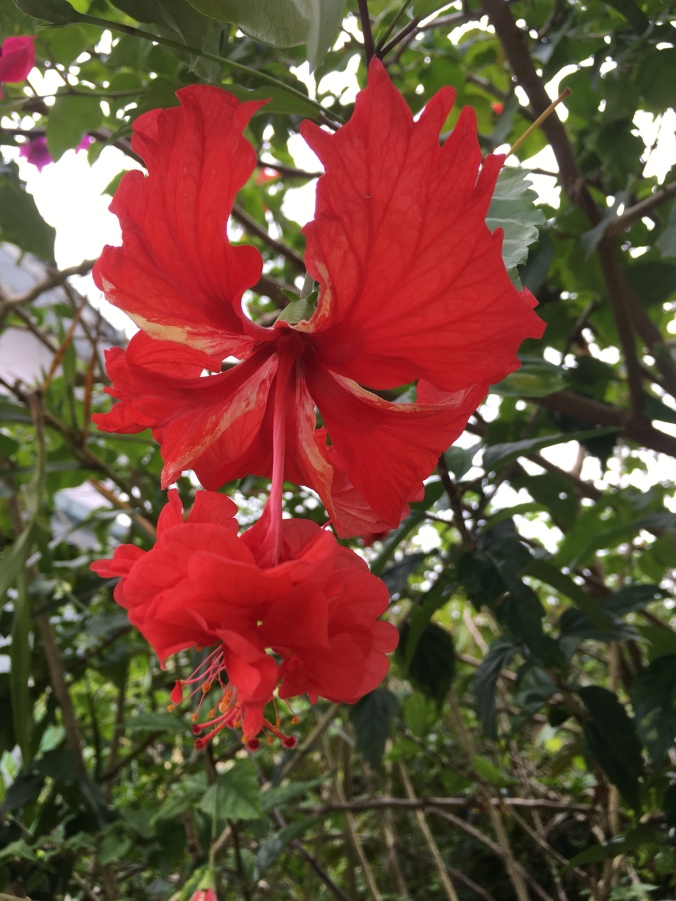