When we set foot in our Phoenix Mansion apartment for the first time on 30th July 2019 I knew immediately that I didn’t much like it. I was tired after a long flight and I hoped that it would grow on me.

The block is about 25 years old and looks unmaintained in all that time.

Our apartment is on the 3rd floor (2nd floor in Imperial measurement as they call the Ground floor 1st floor!) It was just not quite high enough to escape the mosquitos. 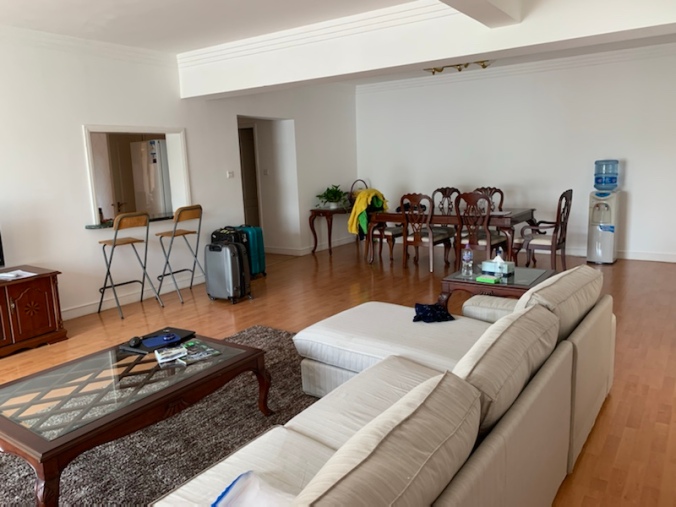 The inside is light, clean and the building commands a high rent in such a prime Shanghai suburb HOWEVER there were several things that I knew were issues . Shabby just doesn’t cover it and compared to both our apartment in Bangkok and with my colleagues in other complexes here I wasn’t happy. So as soon as I could I applied for a transfer to a newer, more modern place.

I should at this point state that some of our staff actually like it here particularly as they can have their dogs and the lady who represents the management is very nice and efficient so sorts out all issues promptly. And it’s very spacious for Shanghai, Chinese friends who visited commented on how large it was for two people.

We have thoroughly enjoyed our first year here and we made the best of things at Phoenix. The sense of community was great.

On the plus side it is a serviced apartment so a couple of ladies appeared each Monday morning to have a quick whip round with a mop and bucket. They also provide us with fresh towels each week and clean bed linen once a month. Very nice, thank you. In the weeks in between we washed the set of sheets that we had. I felt a month was too long to go between changes of bedding!

The downsides severely outweighed the positives…

The most important problem was that there was no disabled access. In fact the entrance to the block looks like this 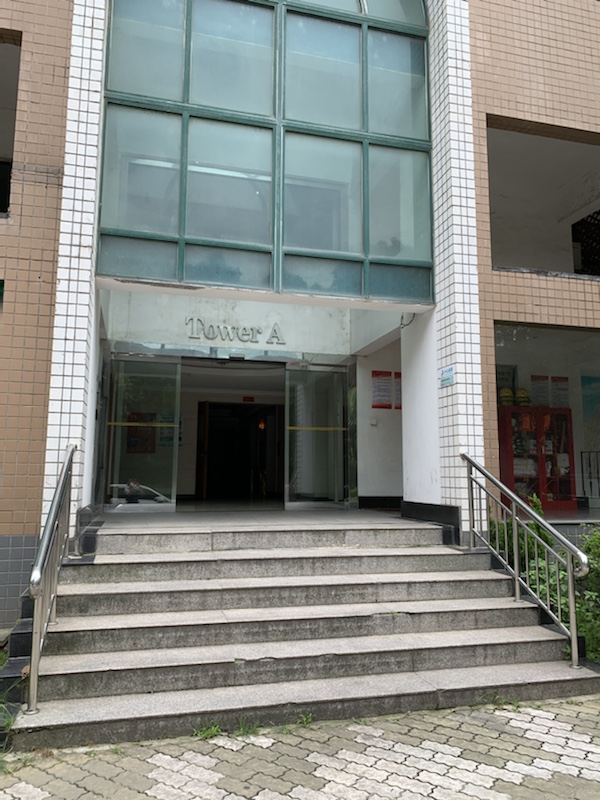 Oliver and Steph plan to visit and there was no way we could lift Steph in her chair up and down all those every time we went out for the day!!! We would all put our backs out. And in this close up you can see the state of some of the treads.

Our new place is newer so is ramped and access isn’t a problem.

Next come the lift and public spaces. There are no doors to the building so the Entranceway is very dusty, smelly and when it rains becomes lethal with standing water. The lifts are minging, to quote a Lancashire phrase, and one is like a padded cell as it is used to transport any construction whenever an apartment is renovated. There is no separate service elevator.

This results in a dusty smell not unlike a building site. In our building the padding is also ripped and the whole impression given is ‘uninviting’

Once you arrive at the third floor you step out of the lift into semi darkness. I think it is a deliberate attempt on the part of the management to save money on lighting but honestly we struggle most days to see the lock to put our key in the door!

There is a stairwell which I refuse to set foot in!! It’s the stink which puts me off. 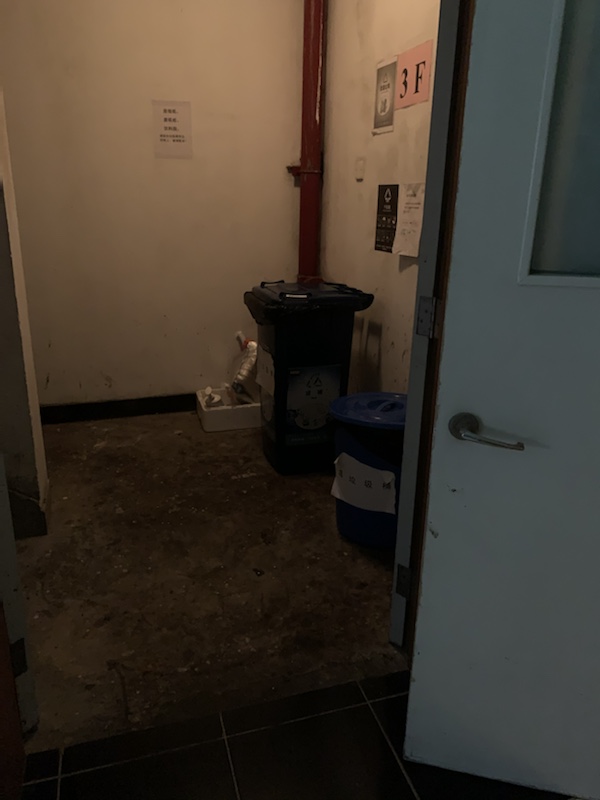 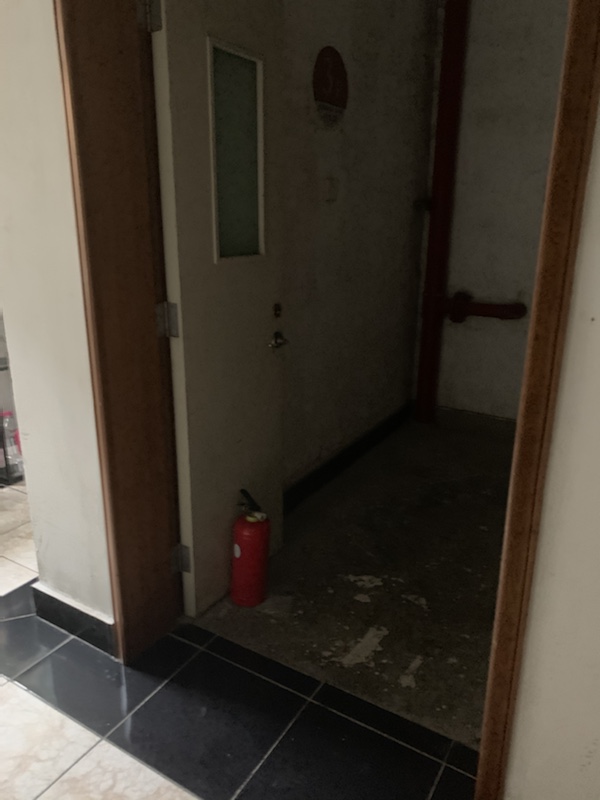 so with our fire warden hats on we were singularly unimpressed with the basic safety! No one else seems to care and we didn’t even have smoke alarms never mind a Carbon monoxide one in the apartment (until we kicked up a fuss).

Inside the apartment there are also some issues. Let’s start with the mould on the bathroom window. It’s a big problem in Shanghai at this time of year but it can be managed with good ventilation. Kevin worked hard to keep the air circulating but even so this is what happened. Not great for respiratory health.

And in the grouting of the bath

Note also the plug. This didn’t work, rendering the bath unusable as a bath. We complained and a fix-it-up chappie appeared and changed it from a rapid loss of water to a slow but steady one… so not great as baths go.

Each apartment is privately owned and decorated/renovated by the owner so they are all done to a variety of standards. Here is the standard of the grouting in our bathroom. 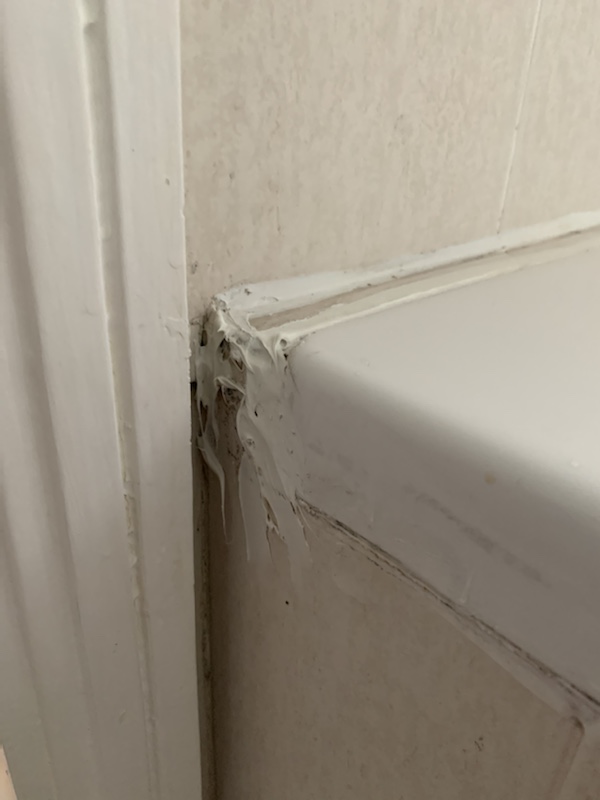 Not a great finish there.

The windows overlook the refuse sorting area for both Towers and several locals come each day to sort through the rubbish. In typical Chinese fashion they shout to each other while doing it and the noise can be quite disturbing.

The windows are all single glazed and ill-fitting. During the winter temperatures drop and there is only one source of heat in the entire space. We called it the ‘monolith’.

It also doubles as the Air con in the summer. There is an additional A/C unit in the bedroom (but no heater) however, it feels as though that hasn’t been serviced in years as it barely pumps out any cold air at all. We sweat through each night in the summer humidity. Well, at my age, I do anyway.

Finally the kitchen. Built for occupants of hobbit proportions it gives us taller people back ache when we spend any length of time doing food prep.

Here you can see the standard height of the dishwasher as compared with the units. It doesn’t seem like a big deal but after a while you really notice it. And a double sink but no draining board!

So we were DELIGHTED when a place became available in Green Court Serviced Apartments. A smaller unit but more modern.

Here is the compound 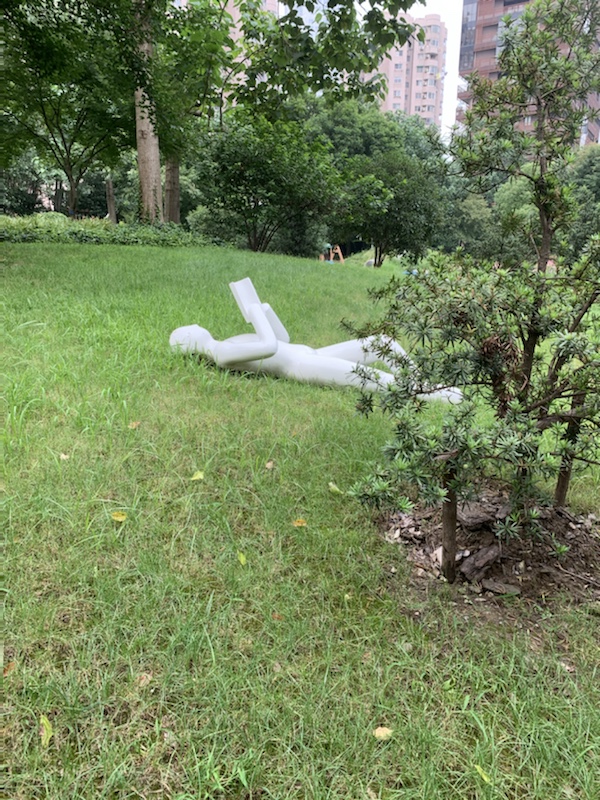 There is even a water feature and outdoor seating area.

We get a smaller table but that’s fine. Its modern.

And the kitchen and bathroom are a joy to behold. 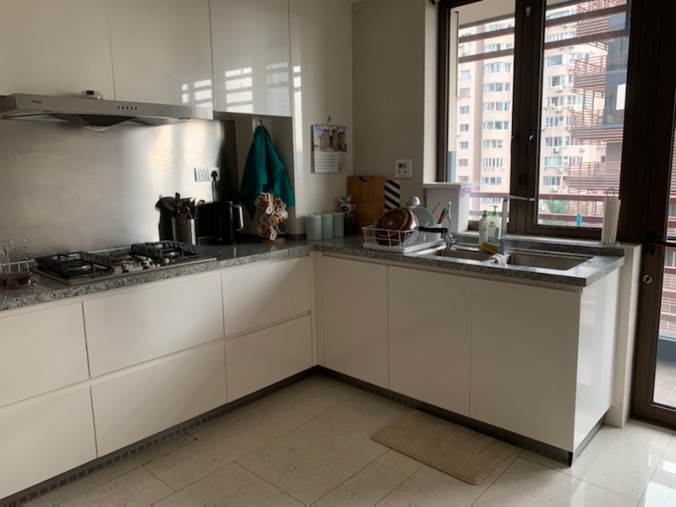 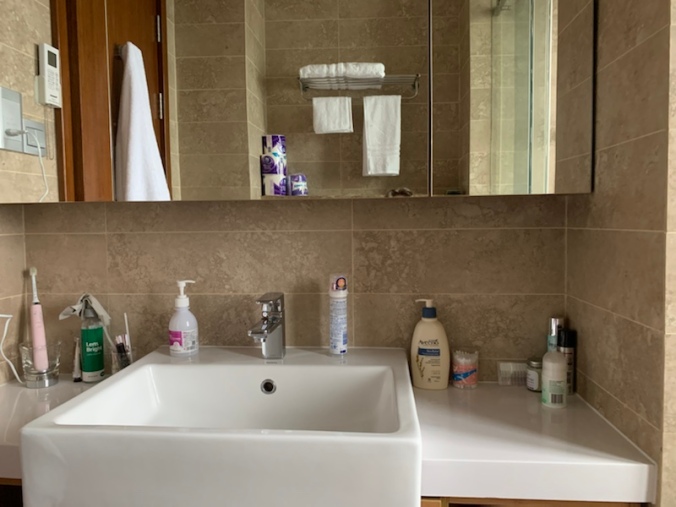 We have a wrap around balcony

With a nice view of the Catholic Church

But my favorite part is this enclosed balcony space. We call it the ‘Day Room’. The rug needs a clean and we will purchase some more furniture but it will make a very nice relaxing place to chill out. Possibly it will be even TOO hot in the sunshine.

But what spectacular views

Moving went very smoothly. You don’t realize how much stuff you have until you need to pack it up!!!

And we hired some local help… 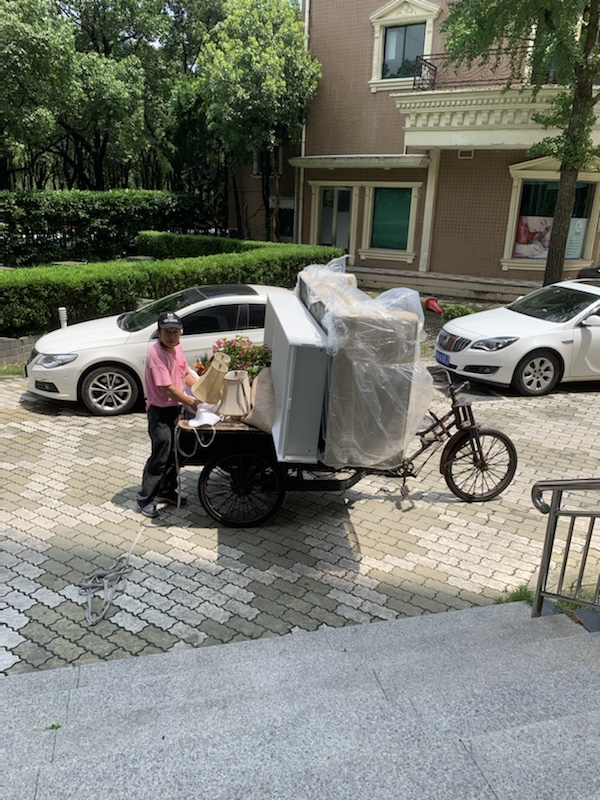 Fortunately it is only across the road so he didn’t have to pedal far. Don’t worry, they had a van as well.

We had been running our food down to make the move easier but I was so tired/hungry/happy that I ate an entire tub of ice cream… oops!

3 thoughts on “An upgrade.”