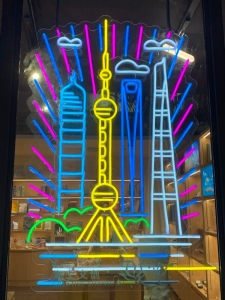 On the tourist trail this weekend we decided to visit the attraction that is part of the iconic Shanghai skyline. 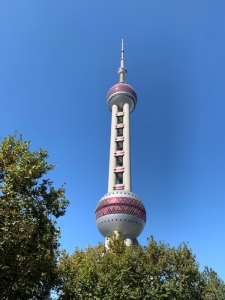 Built in the 1990s as a telecommunications mast (6th tallest in the world) the tower is also host to a series of tourist attractions. We skipped the Segway & Alice in wonderland experiences and headed straight for the Galleria or viewing platform on the second of the pink balls. There is a ‘space cabin’ experience in the tiny sphere near the mast but I’m leaving that to a visitor to take Kevin that far up. 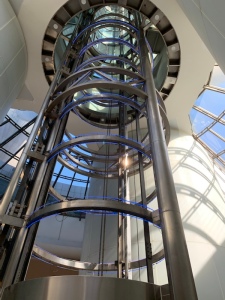 Not normally one for heights I braved this trip and was rewarded with the not too scary but spectacular views over the city. 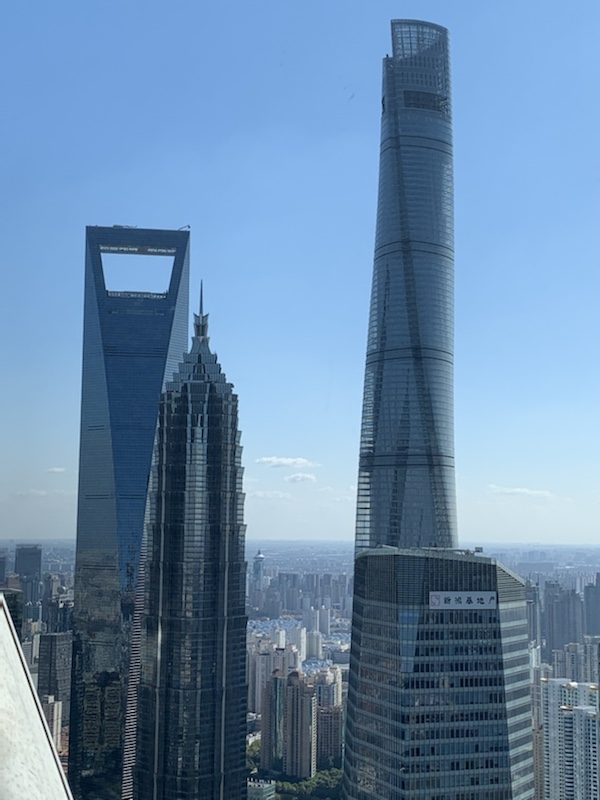 The one that looks like a bottle opener is the Shanghai World Financial Centre. In front of it it is the Jīnmào Tower and to the right is the tallest building in Shanghai the Shanghai Tower.

This building which looks like a sail is a Chinese bank. Behind it you can see the Yangpu suspension bridge spanning the Huangpu River. This bridge carries 6 lanes of traffic and is among the longest suspension bridges in the world. 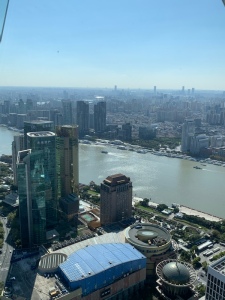 Kevin, mad fool that he is, ventured out onto the transparent platform (not my cup of tea) 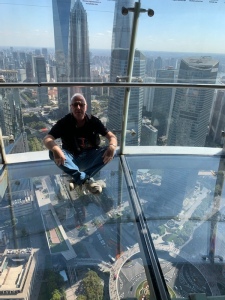 And took this which turns my stomach just seeing the photo 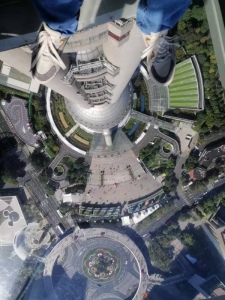 Once safely returned to ground level our ticket included the Shanghai museum which turned out to be exceedingly good and a place we recommend for any visitors’ itinerary. You meander gently through old Shanghai streets and see a mix of intricate models , 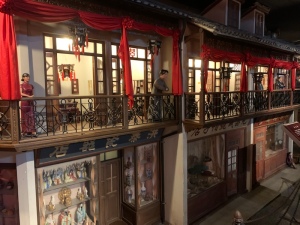 The Chinese were not complimentary about the British bringing the Opium Wars to China (and rightly so) but they do appreciate some of the Colonial architecture we and the French left behind when we finally exited Shanghai. 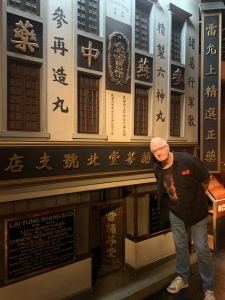 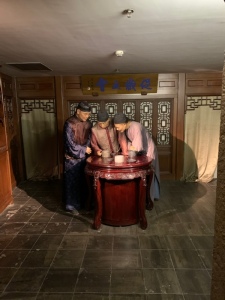 2 thoughts on “The Oriental Pearl Tower”