The Orakei Korako thermal springs and mud Pools perhaps gave JRRR inspiration for his epic creatures. It was certainly a pretty magical place with geothermal activity creating not only puffs of steam but also mineralised patterns on the rocks which they call the ‘artist’s palette’ but which reminded me of spilled Iron Bru

It was quite scary to think that here the earth’s crust is so fragile that water and mud can bubble up. The park is actually quite dangerous as areas can and do erupt.

This cave has a warm sulphate-rich acid pool at the bottom and there are only two like it in the world. The other is in Italy

It was quite cool to see a sea plane in action on the lake It’s not something you see very often.

My favourite feature was the elephant rock (so reminiscent of Thailand)

Orakai Korako means ‘place of adorning’ in Maori and was a traditional gathering place for many tribes. In 1886 a nearby volcano erupted causing the springs to change and the tribes moved away.

In peak season over 20 million litres of silicia rich water flows into the lake.

Rotarua is situated in a gigantic caldera which is 99% extinct. It is the second largest in the world, the largest being underneath Yellowstone Park.

The mud pools are bubbling at a whopping 94 degrees centigrade and are actually very acidic. The mud is gathered and diluted with spring water to make mud products which are used in local hospitals to help relieve skin conditions.

The sulphurous smell gives rise to the nickname ‘Rotten – Rua ‘

This is Alexander Farm, the location used for The Shire in both the Lord of the Rings trilogy and The Hobbit. Since deconstructed and re-built with permanent materials it boasts 44 Hobbit holes created with amazing attention to detail. 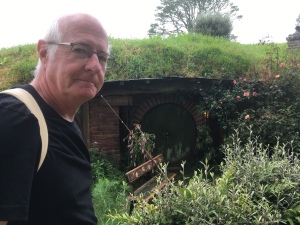 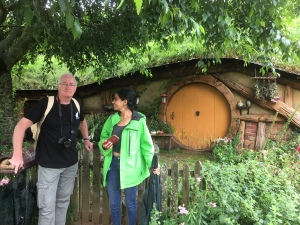 This is an apple tree planted because of the dwarf stature which suited the diminutive hobbits. In the book though these are supposed to be plum trees which actually grow very tall. So for the film all the fruit was picked daily and these trees were hung with fake plums

This is Bag End (actually named after a farm in England which JRRR visited) who knew? 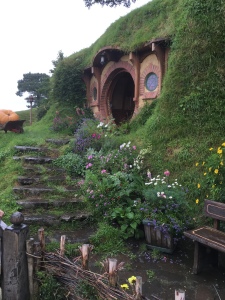 And this is Sam and Rosie’s house. The one which they disappear into at the very end of the film 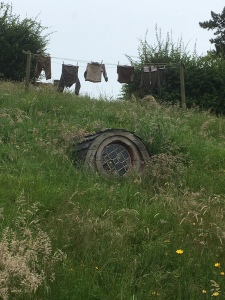 And the cheeses stacked inside this window 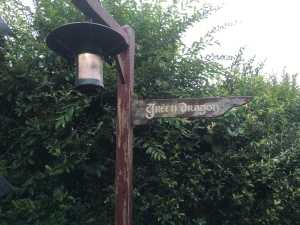 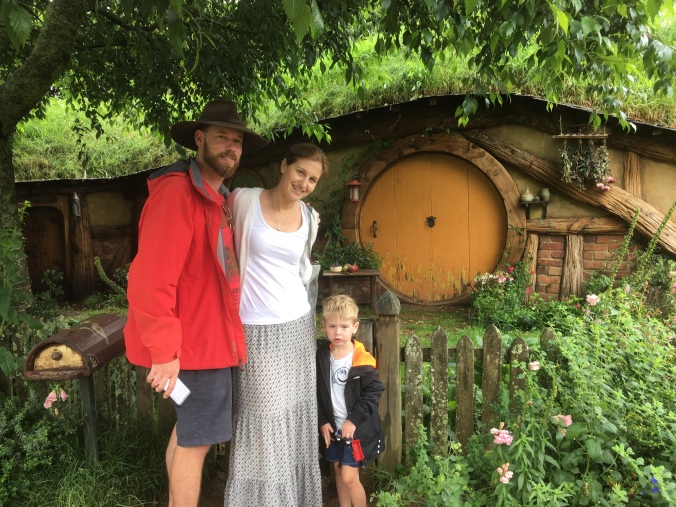