So today was safari day. A 4 hour trip in an open jeep through the Chitwan National Park.

Here the animals are protected by the government and access is strictly controlled.

Fortunately the rain stayed off (it was cloudy & threatening when we set off) but unfortunately we didn’t see any tigers. There are some but they are rare sightings. Shame.

What we did see lots of were 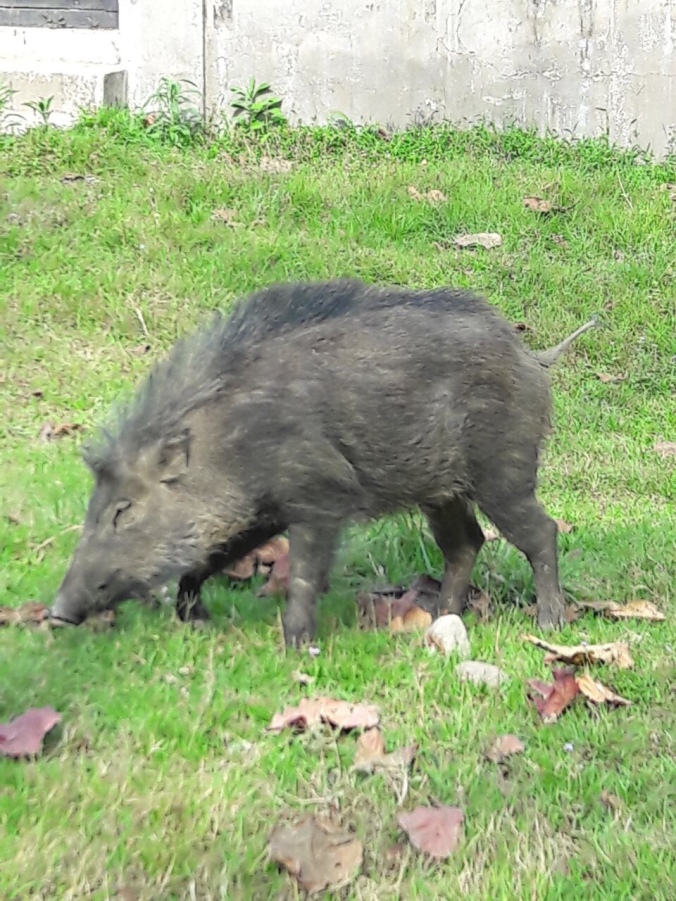 Even families of boar 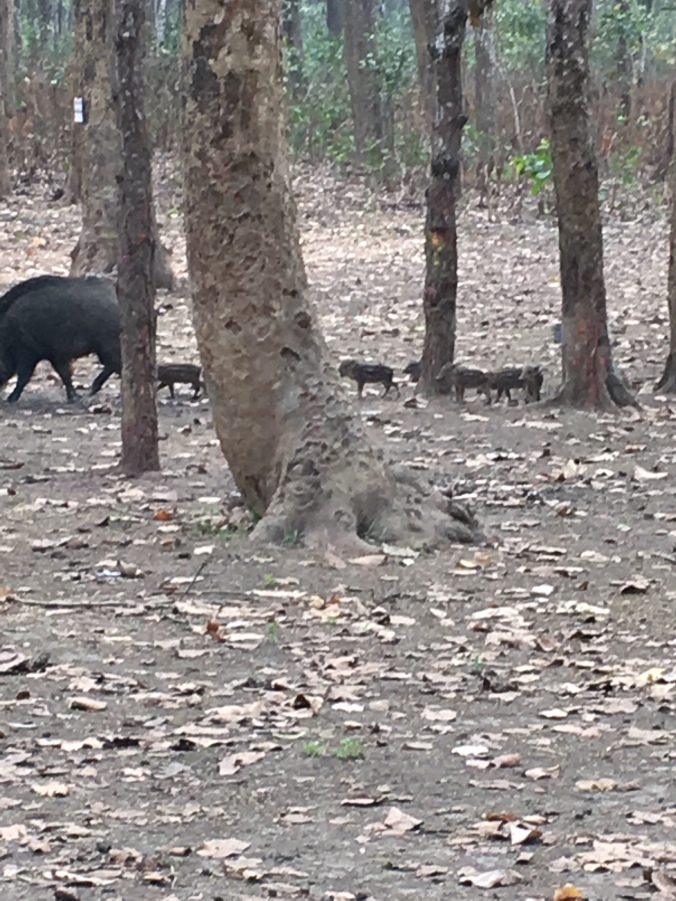 Monkeys swung high above us in the trees, crocodiles floated in waterholes, peacocks flew above us and termites busied themselves underground

I was interested in the environment as I had never seen elephant grass before. Apparently we visited at a good time of year when the grasses are not too high so visibility is not obscured

I was also fascinated by the trees 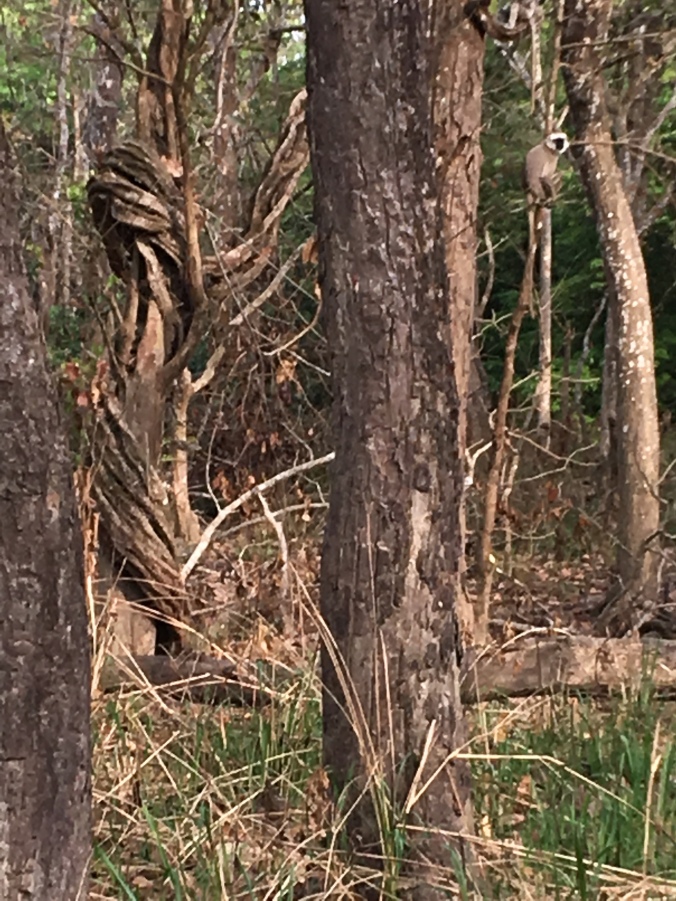 Almost every other tree was being strangled and twisted into unnatural shapes. Some of these vines were vicious and attacked multiple trees. I felt very David Attenborough.

The highlight though was spotting the Rhino. These are now so heavily hunted for their horns that they are an endangered species. It was quite special when we caught sight of one ambling about in their natural habitat

I was a little miffed though to have to share our jeep with ‘the family from hell’. The whole clan were unruly and undisciplined which made it very difficult for the rest of us in the party.

We also saw an elephant breeding centre. The Nepalese government was so concerned about the drop in elephant number due to poachers that it imported elephants from Myanmar & Thailand to breed. Females are with their calves for up to 5 years so it isn’t a quick process. 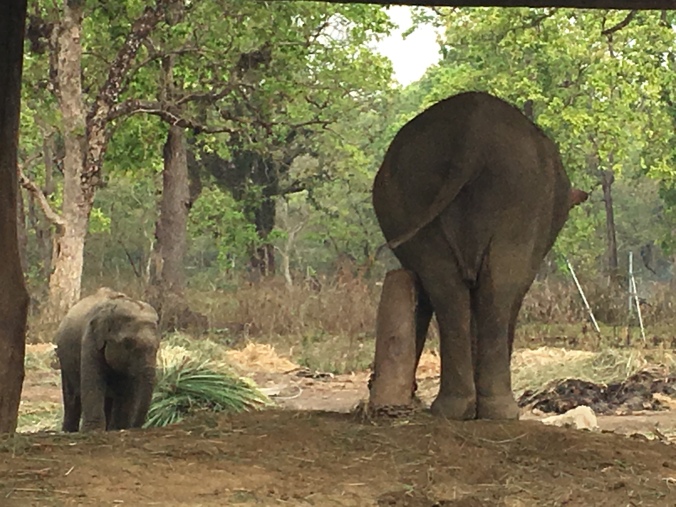 Once the elephants reach about 10 years old they can be trained to be ridden. This is happening here

I was somewhat concerned as this is generally a bad thing and there are lots of problems in Thailand with elephants being mistreated. However it turns out that these elephants are ridden on patrol every night to try to catch poachers. Being so large the other animals don’t attack and in the last two years there haven’t been any poaching incidents. So I guess that they are helping to protect their wild cousins and preserving the species as a whole.

On the way back we came across a young orphan rhino having a snack by the car park. Lots of people were being kept back but we had to go past him to get out. What a great close up we had.

And Kevin even got me in one of those boats. No choice as we HAD to cross the river. It was a 2 Min trip though so I took the risk