Once again the Rainbow Mountains were never on my bucket list primarily because I had never heard of them but they are gorgeous and I am so glad that I have had this opportunity to visit. Each day this tour gets better and better. 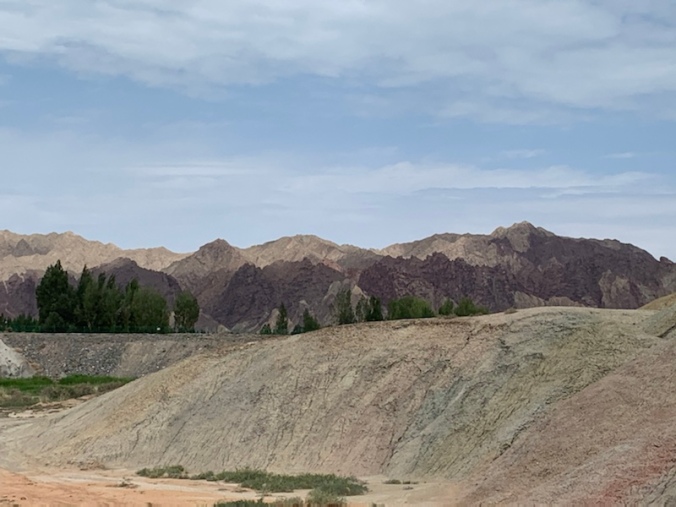 The whole of the Gangsu has province area is a huge geopark. 145 -100 million years ago the area was subjected to a pendulum swing of climactic conditions veering from extreme humidity to ice ages. The earth swung from being covered by ocean to rivers and back to ocean again resulting in striations or layers in the rock of different colours.

Over time the water levels dropped and the tectonic plates shifted making what had previously been horizontal layers now appear in vertical or diagonal patterns. Wind and water erosion has worked to create some unusual rock forms

In the morning we hiked along and up a Rift Valley formed by ice. Again it was strenuous simply because of the altitude but the views at the top of the climbs were worth it.

From here (below) we were standing in rocky, arid desert but looking back down the valley towards snow-capped mountains in the distance. Apologies for the phone mast but I could get rid of it.

Here is the camel

And these two are known as the man and woman

Thus is the magnificent Eagle’s head 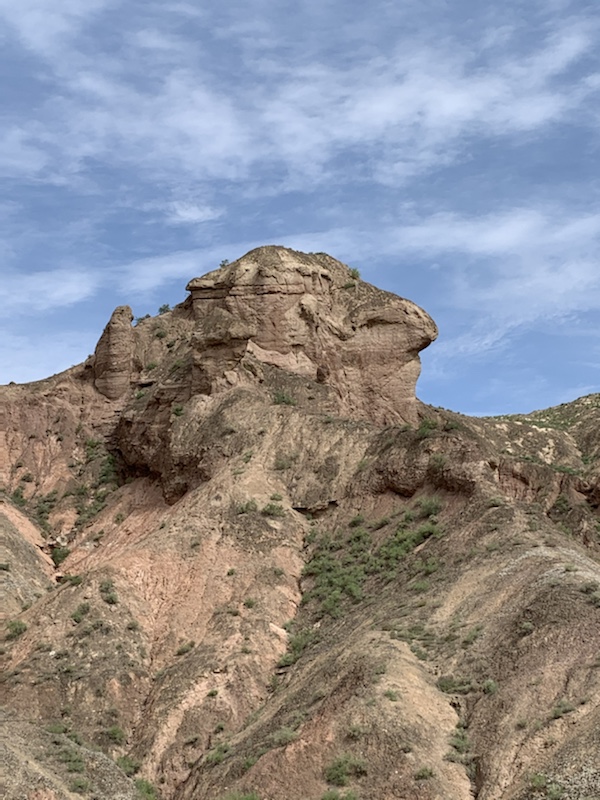 And strangely since we are in China this was called The Louvre.

The flora was sparse but interesting. This plant is cut by shepherds and sold to pharmacies. It is used in Chinese medicine to create the sweet coating around bitter pills.

And this is a goji berry bush which I have never seen before.

There are snakes here so we kept to the paths and also rats. This was a new word for my vocabulary 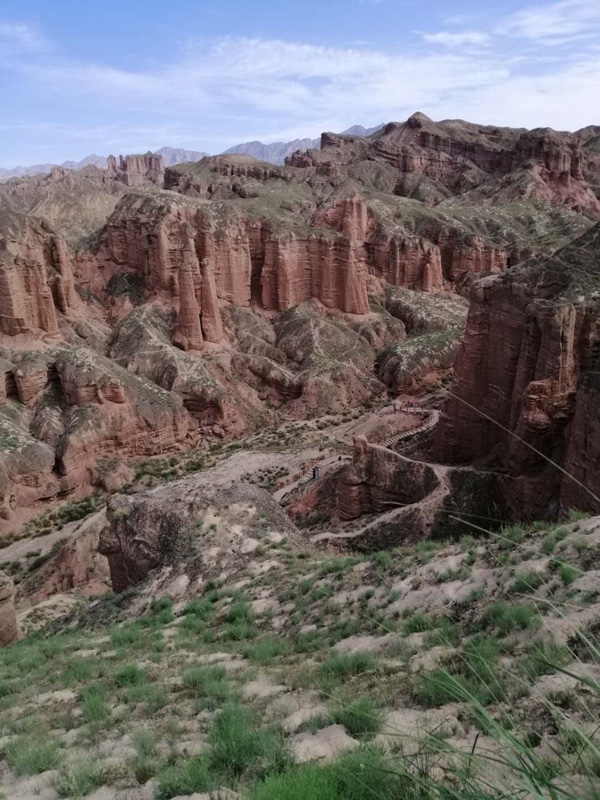 The Rainbow Mountains are sometimes known as The Painted Mountains and some pictures on the internet are photoshopped so the actual colours are not as vivid but they are equally beautiful.

This geological feature was largely unknown until 2007 when a Chinese filmmaker used the location as a film set. This film was popular and the public have flocked to the site ever since. This is the noodle shop built for the film. I think it is great that a film has generated a tourist industry.

And these prayer tags were uplifting

We went to three different locations where the views were panoramic.

Nature in all its glory 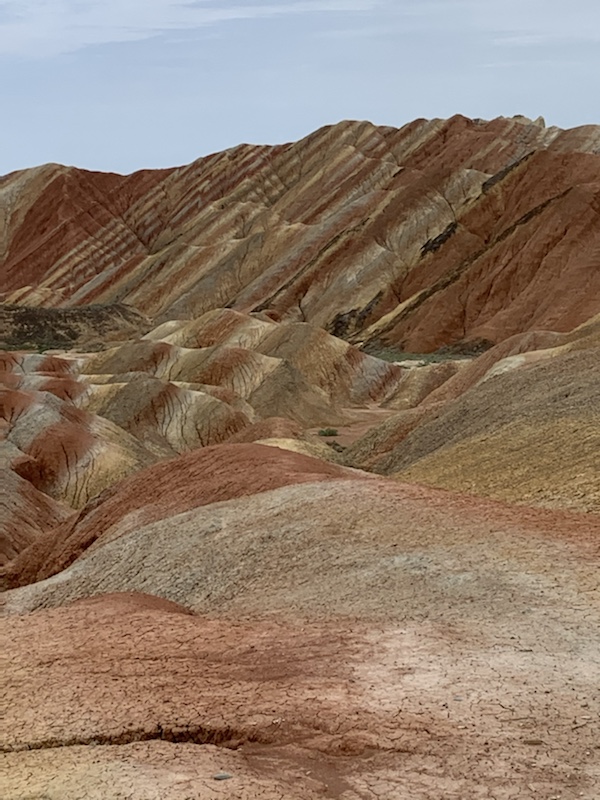 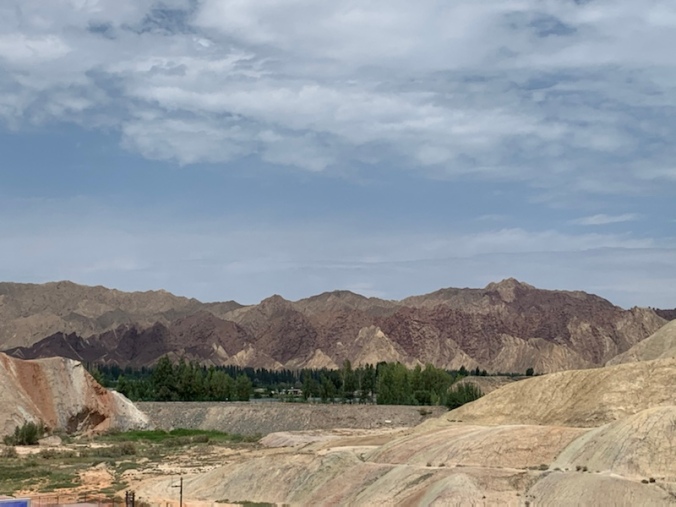 2 thoughts on “The Silk Road: Day 5 The Rainbow Mountains”